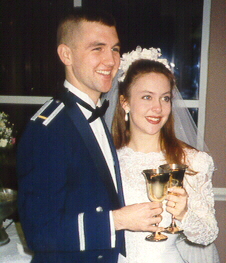 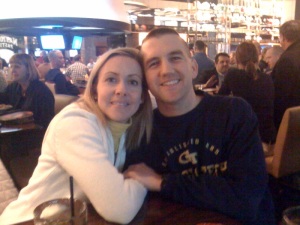 Today my beloved betrothed and I have been bound in wedded bliss for fourteen years.

Aww, that’s sweet, but not sassy. I like my anniversary card to him better:

You’re the one who approaches challenges head on…

And I’m the one hanging back, admiring your butt.

Yes, thank you, Hallmark for saying what I could not say myself.

What do you get someone for 14 years of happiness? The traditional gift is ivory. I wouldn’t be opposed to buying or getting vintage ivory, and it seems that the prices are reasonable on ebay.

The modern gift is gold. Gold? Getting a little greedy aren’t we? Gold is the traditional gift for a fifty year anniversary. And funny enough, it’s also the modern gift for fifty years! My guess is that not many people make it to fifty years anymore, either by divorce or death. So, we gotta get our gold in before we bite the dust! And if we make it to our fiftieth wedding anniversary we’ll do gold again!

In this household we don’t do things the way normal people do them. If there’s a trend we’re usually bucking it (except for boots and scarves, I am rocking those this season) SO for our fourteenth anniversary this is what we got each other. 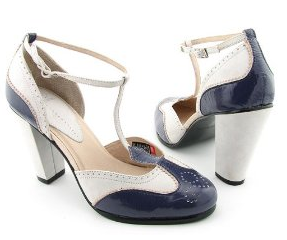 Oh yes. These are so going to feed my retro desire. I’ve already picked out an outfit to wear with them. I don’t care if it’s two degrees outside. An awesome anniversary present if I do say so myself. Thanks Du! I’ll wear these more than I would ivory, or gold.

What Du is getting… 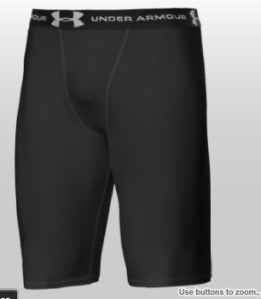 They’re “compression” underwear, you know, to compress…stuff…while running. Du is getting seriously into running. Like, running in two degree weather running. Things need support, you know. I’m happy to provide it.

He hasn’t gotten them yet though. I’m afraid to buy the wrong ones. It’s not like you can wear underwear running and then return them if they’re not the right fit or they compress a little too much. I’m going to force Du to order them and I’ll pay him back or something. How’s that for fourteen years of bliss? At least he’s getting what he wants!

So here’s to fourteen years of marriage. They have been like gold to me and I look forward to the day, in the 36 years, when we can give gold to each other for realz.