I looked back through the pictures I took in February and pulled out a couple of my favorites. I’m trying to be more intentional about capturing life. Funny that a photographer has to remind herself to get her camera out to capture her family. Click on any picture to see them larger. 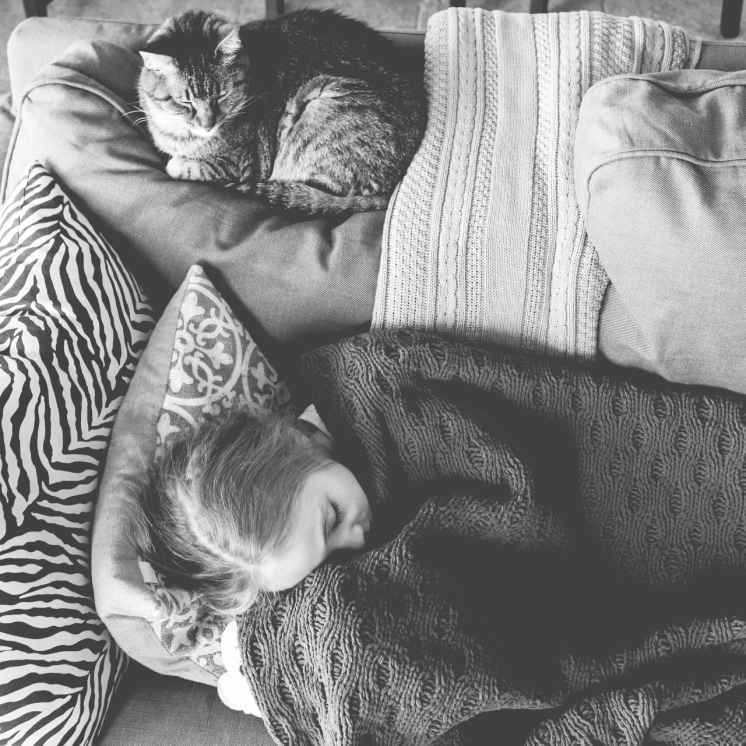 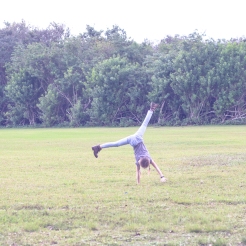 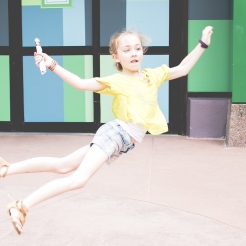 The picture above that looks like the girl is falling – she’s not! She was doing a spin jump turn-thing and I happened to stop the motion with a fast shutter speed. I love it!

Did you capture some images in February that you love ?

For someone who has gotten used to having mostly a zoom lens on my camera for the past four years, shooting with a prime lens, and forcing my feet to do the zooming, was challenging at first. Using a zoom lens makes it easy to adjust your optical distance to the subject. A prime lens forces you to think more about the composition.

I did several shoots this month using my Canon 50mm 1.8 on my 7d mark ii. That’s like an 80mm or 85mm on a full-frame. The first shoot was with a Philly photographer who was visiting Miami. We went to Wynwood Walls and used my younger daughter as a model.

Side note: I’m still using a really small resolution size for the photos because this blog’s storage is almost full! 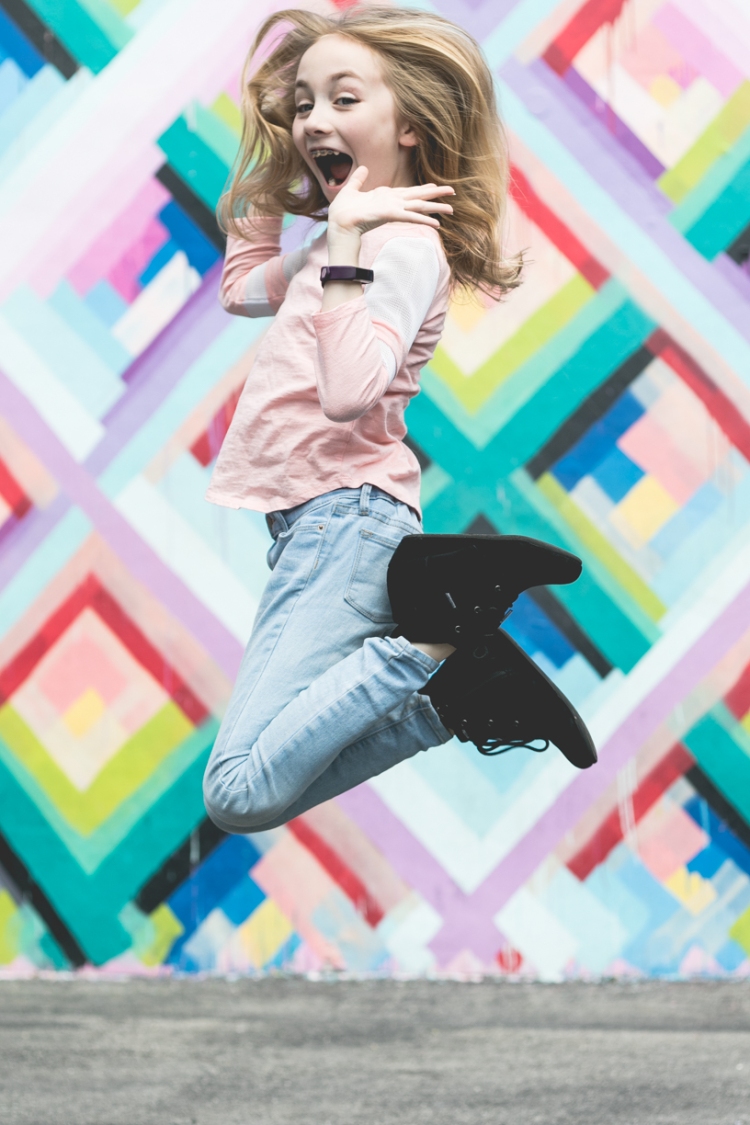 I also had Jes model for me. 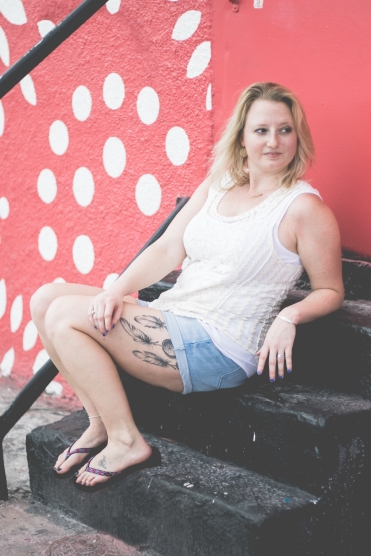 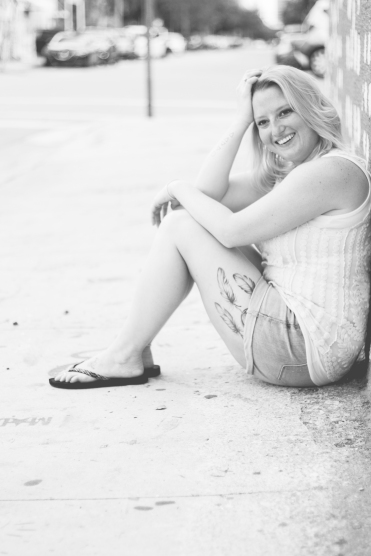 I also got to do a lifestyle session with two young kids. It was such a fun session! This was more challenging, being inside and having to account for furniture and small spaces. 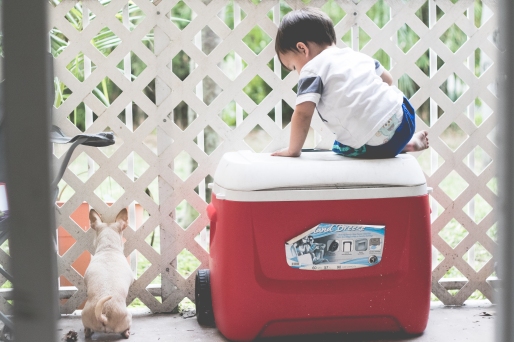 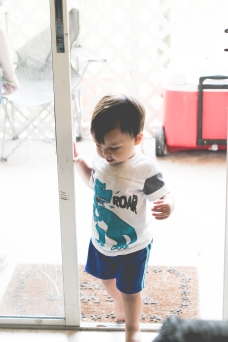 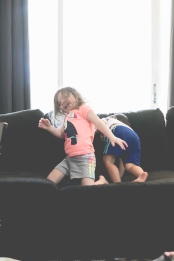 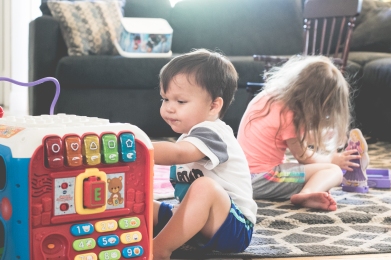 For March the challenge is going to be to use one aperture for a whole shoot!

Now that we no longer have toddlers, I fully expect to sleep until my alarm wakes me up in the morning. And yet, the sleep is becoming elusive. Our youngest daughter, who just turned ten, has begun having trouble sleeping through the night.

She hears things. She gets paranoid by the things she hears. She feels the need to come wake us up and ask if she can sleep on our floor. Some nights there’s no issue. Some nights, like last night, she wakes us up at least three times.

And I cherish sleep. I value those six hours. I NEED those six hours. I have so much running through my head with my new business that if I’m woken up after falling asleep my brain turns on and begins filtering through all the things I need to do, should be doing, should have already done. And it’s not all bad, but it’s WHILE I SHOULD BE SLEEPING.So, I’m not very friendly when she comes to wake us up. My husband is so much better with her. He’s willing to walk her back to bed and ease her fears. And yet, even though we both tell her, do *not* come back into our room for the rest of the night. She feels ok disobeying us to wake us up.

I was actually praying last night once she woke me up. I needed a better way to handle her and figure out this situation. And God led me to realize why she’s so afraid and upset that she would feel ok disobeying us.

She understands some evil in the world that she previously did not know.

Back in the beginning of January, we went out on a date night and told the girls we’d be back at a certain time. We ended up coming home several hours early without telling them. While we opened the garage door, parked the car, and walked in, they were freaking out and hiding themselves in the pantry. Ash was physically shaking and bawling when we found them. She truly thought someone was breaking in!

Fast forward to the end of January when they were visiting grandparents. She was awoken by someone making noises downstairs! She tiptoed to Grandma’s room to tell her there was someone in the house. It ended up being Grandpa who was taking the dogs out for midnight relief. But to her, it was another example of someone breaking in and invading her safe space.

So now, she feels like this breaking in is a reality that definitely could occur, and she is sensitive to every noise she hears at night. Even though she knew it was technically a possibility before, after these experiences, it’s more of a reality to her. Even though, in both cases, the noises ended up being reasonable and nothing to worry about.

I’ve figured out the problem. But I still don’t know the solution. God didn’t reveal that to me. We can’t allow her to lock her bedroom door at night. We need to be able to get in quickly in case of a fire, etc. We can’t lock our bedroom door–she’d just bang on it until we answered. We’ve got to get her to realize that there really is nothing to be afraid of at night. She can just lie in bed, read even, until she falls back asleep.

Sleep. Please, I need it.

Project Edit 365 is one year old! What a year! A year ago I was stuck in a rut with photography and blogging, both. I wanted to be motivated to post more and I wanted to do something with my photography.

For the whole year, each day, I took a photo I had previously taken in the month I was in (from previous years), and edited it using Lightroom. I only forgot two maybe three times to post. I would remember the next day and post. There were some times that I would use a picture from the current month if I had a good picture to edit.

I liked the idea of limiting myself to the month I was in. It forced me to look at my old photos and figure out how to make them better. Even if they were obvious throw aways. There were months where I wondered if I would have enough material to do an edit a day (I’m looking at you, in particular, December!) — but I managed it. There are months, like January, where I have so many pictures left over I wish I were editing more than one pic a day.

The blogging aspect wasn’t as successful. I did post a picture every day, but I didn’t post more about everyday life, or homeschooling, or our move, or any number of things. I do hope to get better about that. I had to create a separate blog for Project Edit 365, because my Not So SAHM blog ran out of storage space! I actually should have done that from the beginning.

I’m glad I created the new blog (go over there and follow me!). Maybe I’ll continue my photo edits over there, not every day, but regularly. I’ve started my business now, VSD Photography, and although it has its own website and blog, I don’t plan on putting personal pictures over there.

So, here’s my last picture of my year-long editing project/challenge. It is of my older daughter holding her newborn sister — 31 January 2007. Thank you so much for coming along this ride with me!

Oh my, the original photo. For the last time, I’m going to have you leave Not So SAHM and click over to Project Edit 365 to see the original and the edits that I made. Thank you!

There are so many benefits to homeschooling. Being able to snuggle up in blankets on the couch on a cold day is just one of them. When we lived in the DC area (both times), our houses were very small. There was no dedicated homeschool space. School usually happened at the dining room table. I’m fine with school happening anywhere as long as they are focusing and getting work done.

There is a lot going on in the small space, so head over to Project Edit 365 to see what edits I did to the original photo. Thanks!

The craziness never stops around here. I don’t even remember what was happening, or if she started crying after she fell. I do know that she’s laughing here! She probably didn’t fall either; she’s probably rocking back and forth. I saw this as I was going through all my January pics and knew I wanted to edit it.

Her facial expression and posture call for a more dramatic edit. Head over to Project Edit 365 to see what the original looked like and how I edited it. Thank you!