I guess I should title this: The Long But Great Day I Had Getting the iPhone 3G. It all started last night actually. I packed a snack bag and had Reagan pack some toys to keep her and Ashlyn occupied. I strategically found out when the store would be opening and that they indeed would be selling the phone. Then I decided when I wanted to set my alarm to begin the day:

Of course, being the competitive soul that I am (remember the limbo) I couldn’t stand the thought of being so far back in line that they would run out of phones before they got to me… 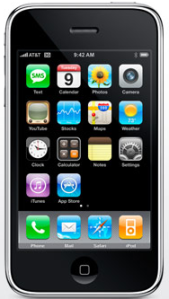 I know I’m not singing the praises of the phone enough. But I just got it working people! Here’s a couple of stills from the tv footage. I didn’t bother spiffing up at 0 dark 30 in the morning. Wouldn’t have mattered anyway. It was so humid. 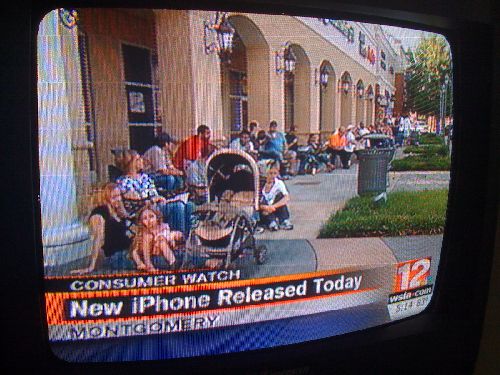 Reagan and me at the FRONT of the 70+ person line. Ashlyn is behind the stroller…eating Doritos off the ground, I think. 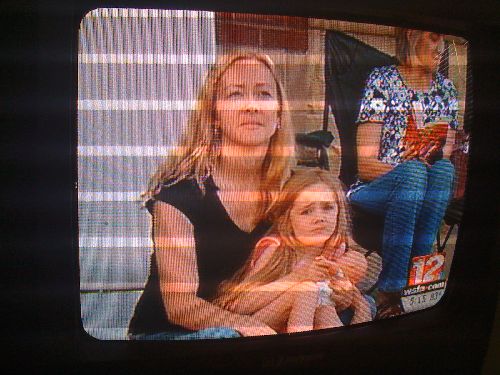 I’m obviously contemplating the amazing technology bundled into the lightest little package. And theorizing how I’m going to use the iPhone 3G to better humankind. Or I’m watching a bird drop breakfast on my truck.

Now all that’s left to do is find the cutest little shell to protect my new gadget.

7 thoughts on “Friday 13: Great Things About The iPhone 3G”